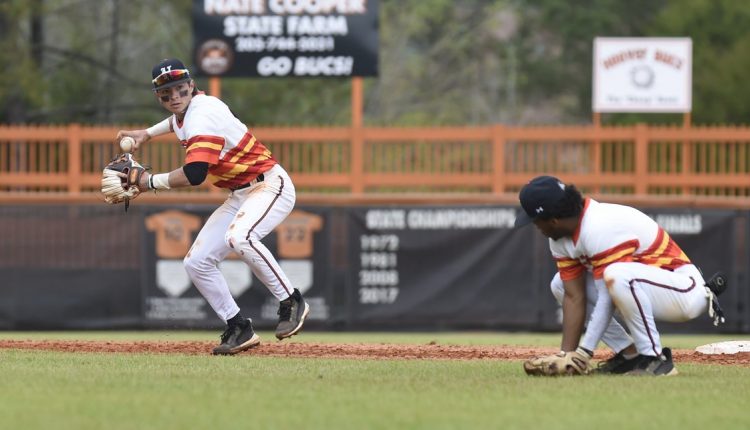 The Hoover City Council on Monday night approved a resolution for the city to enter a partnership with Hoover City Schools and the Hoover Parks and Recreation Board to add artificial turf fields on 11 baseball and softball fields in the city.

The city plans to pay an estimated $9 million for artificial turf on seven fields at Hoover city parks and the varsity baseball fields at both Hoover and Spain Park high schools, City Administrator Allan Rice said.

The Hoover Board of Education on Tuesday night is supposed to consider approval to pay for artificial turf on the two varsity softball fields at Hoover and Spain Park, Councilman John Lyda said.

That potentially could help lessen the number of times kids have to be up late on school nights trying to squeeze in makeup games, Rice said.

Also, the large fields actually can be broken up into smaller fields for younger children, allowing for even greater use, he said.

The artificial turf fields, while expensive, cut down on maintenance costs because they don’t require all the water, fertilizer and mowing that natural grass fields require, Rice said.

Plus, “we’re pretty sure that moms all across the city will rejoice in not having to wash clay out of white ball pants,” Rice added.

The reason the city is agreeing to pay for turf on the varsity baseball fields that belong to the school system is because the city of Hoover actually uses those fields more than the schools do, mostly for tournaments being put on by groups such as the Perfect Game organization, Rice said.

While a high school team might play 15 games on its field in a year, the city and its management partner at the Hoover Metropolitan Complex, Sports Facilities Management, program hundreds of games per year on those fields, Rice said.

So it makes sense for the city to participate in the cost of the turf, he said.

The city plans to use money that is currently allocated for debt payments, Rice said. That money no longer will be needed to pay off a particular bond series because that existing debt likely will be rolled into new debt the city is planning to undertake, he said.

The turf should be a good investment because it will allow the city to schedule even more activity on the baseball and softball fields, expanding sports tourism and bringing in additional tourism dollars, Rice said.

On a related note, the Hoover school board already has budgeted $1.2 million to add new restrooms at the varsity baseball and softball fields at both high schools, said Matt Wilson, the school system’s director of operations.

Currently, the press boxes at the varsity fields have two single-use restrooms, but the new restroom facilities to be built each will have six stalls for women and three stalls and three urinals for men, Wilson said. Those restroom facilities are under design, and school officials hope to build them this coming spring, he said.

Timelines for construction of the artificial turf fields are still unknown, Rice said.

Hoover Councilman Steve McClinton said the artificial turf is a great idea that is long overdue.

In other business Monday night, the Hoover City Council:

Landscaping Can Add Value To Your Home