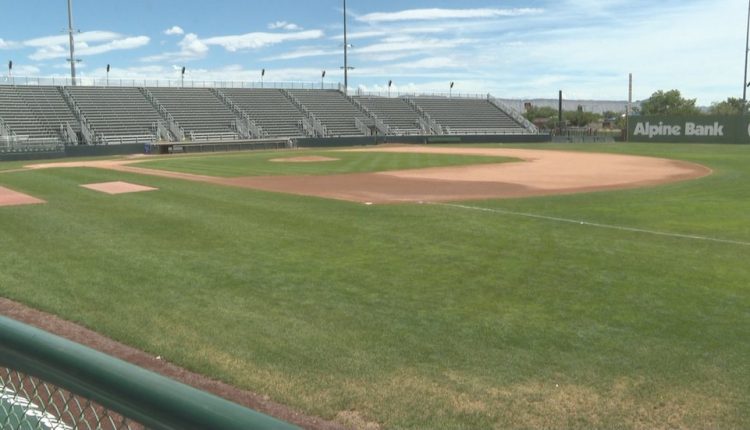 GRAND JUNCTION, Colo. (KKCO) – Since 2019, millions of dollars have been spent in renovating the Lincoln Park Complex in Grand Junction.

$11.6 million was set aside for the project. Funding came from the City of Grand Junction, the Grand Junction Baseball Committee, School District 51 and Colorado Mesa University. Money has gone toward building new seating and a new artificial turf field at Stoker Stadium. But one area that wasn’t funded in the master plan was the field at Suplizio.

“We’re working on trying to get that funded in the near term,” said Ken Sherbenou, Parks and Rec director for Grand Junction City. “To go along with all the other amazing renovations that the community has been enjoying.”

Sherbenou said the city estimates it could cost $2.1 million to replace the current natural grass turf with artificial. The project includes replacing both the infield and outfield areas as well as the dirt pathways. The hope he said is to remove water use from the equation.

According to Sherbenou, the city expects the change would save four million gallons of water annually, which is a little more than six Olympic size swimming pools worth of water. Not to mention around $100,000 the city expects to save on field maintenance annually.

“That saves on fertilization costs as well as water costs,” said Sherbenou. “And a lot of the material costs that go into keeping the field in playable shape.”

Sherbenou said converting the field would also allow the field to be used more often throughout the year.

“We have over 150 use days per year on Suplizio Field,” said Sherbenou. “Talking with the consultants that did the cost projections on converting to artificial turf, they basically projected a doubling.”

Currently, Sherbenou said funding has not been secured for replacing the turf. As per minutes from the Parks and Rec department’s Jan. 4, 2022 meeting, options for funding have been sought. But when asked what those options were, Sherbenou wouldn’t elaborate.

“It’s a conversation that we need to have with our partners in terms of making projects happen,” said Sherbenou.