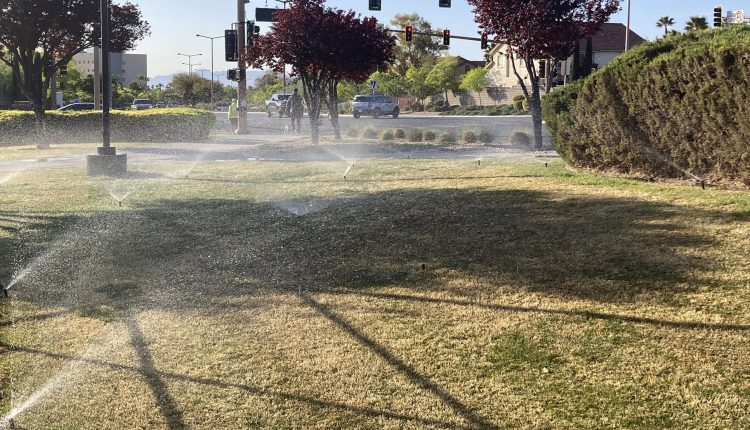 SALT LAKE CITY — Utah’s ongoing, historic drought and water restrictions in your city have turned your green lawn yellow. You’ve contemplated planting native grasses and shrubs, but you want a covering you can walk and play on. Why not install artificial turf?

Landscape expert Bill Holland joined KSL NewsRadio’s Dave Noriega and Debbie Dujanovic to talk about whether a homeowner can and should install their own artificial turf.

“Artificial turf today is not your dad’s astroturf. It’s green, it’s soft. It looks like grass, even from a few feet away,” Holland said.

When in drought, lay down turf

Debbie wants to replace her grassy park strip with artificial turf and has two questions she wants answers to:

“How much is it going to cost me and can I DIY it?”

Dave said he looked into it, and it’s pricey at $10/square foot. So he went with Kentucky Bluegrass because it was less expensive.

Holland added that at the other end is polyethylene artificial turf priced at between $2.80-$2.90/sq. feet

“If you do go with the expensive turf, do you really get what you pay for?” Dave asked.

“I think you do, Dave,” Holland replied.

He added if you will have children playing on the turf, you want to install infield turf, which consists of rubber pellets spread out over the artificial turf in order to soften a fall, such as for football players.

“So it just depends on the application and what you’re going to use that space for, but it can get expensive,” Holland said.

If it’s a big job, better call a pro

“Is this something that I can do myself or do I need to hire a professional?” Dave asked.

Holland said an area like a park strip is something a handy homeowner could manage.

“As you get into a larger area of ​​your yard or your main yard or your backyard at that point is when I would probably call an expert.”

Holland said the most critical part of installing artificial turf is the base, which is permeable allowing water to drain through it. Also, he said, the aggregate material that makes up the base can’t shift or slide when it is stepped on. That’s why you need a professional, he said.

“There’s probably a foot to 18 inches of base material that needs to be installed underneath the artificial turf in areas where you’re going to be using it that are fairly large, let’s say a 600 to 800 square-foot area or above,” he said.

Holland added artificial turf should last between 10 and 14 years.

Dave & Dujanovic can be heard weekdays from 9 am to noon. on KSL NewsRadio. Users can find the show on the KSL NewsRadio website and app, as well as Apple Podcasts and Google Play.

City Gets A Little Greener With New Sustainable Landscaping Program