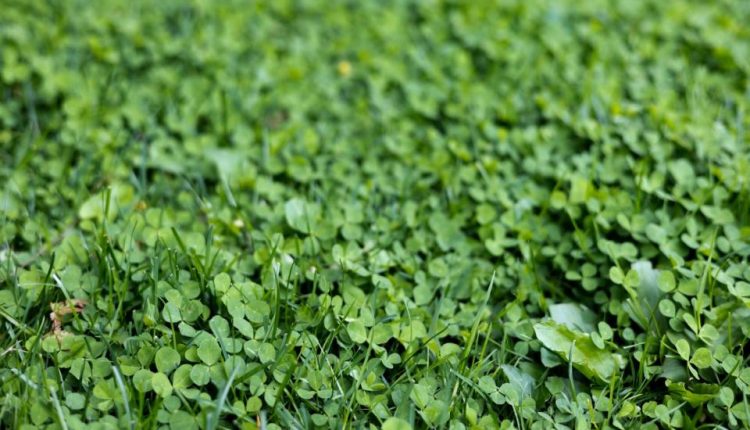 Everything You Need to Know About Clover Lawns, the Eco-Friendly Landscaping Trend That Calls for Just 4 Mowings Per Year

Clover lawns—which recently went viral on TikTok—are the new trend in drought-friendly, heat-tolerant, and eco-forward landscaping. Homeowners everywhere are considering adding a bit of clover to their turf in an attempt to offset common lawn problems brought on by the climate crisis. But before you turn your turf into something a bit “greener,” you’ll want to see what professionals have to say about clover lawns—and why they might be coming soon to a neighborhood near you.

Related: These Unique Perennial Grasses Will Add Low-Maintenance Color to Your Garden

A clover lawn can be exclusively clover or a combination of clover and traditional turf grass, says Jen McDonald, a certified organic garden specialist and co-founder of Garden Girls, a garden design company based in Houston, Texas. “Clover is actually a legume, which means that it draws nitrogen from the air and pulls it to the ground, which is highly beneficial to the soil, grass, and plants nearby,” she says, adding that it also means that you won’ t need to give it a boost with fertilizer.

The Pros and Cons of Growing a Clover Lawns

This lawn style has plenty of benefits, including the fact that you’re likely already growing some clover in your grass. “Rather than fighting it, consider it nature’s gift,” McDonald says. “The combination of the two promotes biodiversity and encourages pollinators to stop and stay away.” Another benefit? If your grass typically looks less than green during hot, dry summer months, your clover turf will likely remain green no matter what, she says.

Of course, there are a few downsides, too. McDonald says that clover doesn’t wear evenly when it comes to heavy foot traffic; turf grass handles this better. “One more very important tidbit on clover lawns for families—clover attracts honeybees,” says McDonald. “It’s primarily insect-pollinated, so if you have a family member with an allergy to bees, you’ll want to avoid planting a clover lawn.”

Depending on the species, McDonald says clover grows best in the USDA plant hardiness zones 3 through 10. “Clover does particularly well in areas like California and Texas, which have mild winters and dry summers,” she says, adding that Dutch White Clover is the most popular option. “It grows and spreads quickly when started in the spring, when temperatures range between 50 to 85 degrees.”

Ana Maria Torres, the founder of AT Architects in New York, says clover does best in full sun, which is why she recommends giving this trend a try if you live in sunny, warmer zones (including 6 through 9). Regardless of where you live, though, “check in with your local nursery about which clover variety best suits the particular local ecosystem and climate of your lawn,” says Torres.

How to Plant a Clover Lawn

While you may already have some clover growing in your grass, the trick to getting a fuller thatch boils down to prep work, says Torres.

“Most importantly, prepare and check your soil ahead of planting,” Torres says, adding that you’ll want to plant your clover seeds and water until they are established. “Clover lawns thrive in sandy or loamy soil with a pH between 6 and 7.”

Spring is the best time to get started, according to McDonald. “In the early spring, mow your lawn after the first frost has passed,” she says. At that time, if your soil’s pH isn’t up to snuff, you can amend your dirt by adding in some fine sand.

“Mix your clover seed with sandy loam soil and cover the area. Lightly rake the area where you’ve seeded the clover,” says McDonald. “Water daily for 10 to 14 days until you see germination.” Reduce watering once the seedlings grow leaves; at that time, your lawn is considered established.

How to Care for a Clover Lawn

Once your clover is established, you can kick back and enjoy all of your hard work: Clover lawns require far less mowing than traditional ones, and “herbicide is strongly discouraged and unnecessary, as pests are few,” says McDonald. You’ll also have an uninterrupted field of green, since clover doesn’t turn yellow—even when your four-legged friend goes outside to take care of their business.

“Provided that it receives 4 to 6 hours of sun daily, clover really maintains itself,” McDonald says. “You’ll likely mow it three to four times per year, but this can be adjusted based on your preference. Some homeowners prefer lush green clover lawns and will mow more frequently, before the clover blooms.”

If you’re someone who prefers an English garden aesthetic, McDonald says you can let your clover lawn grow to its maximum height of 8 inches.