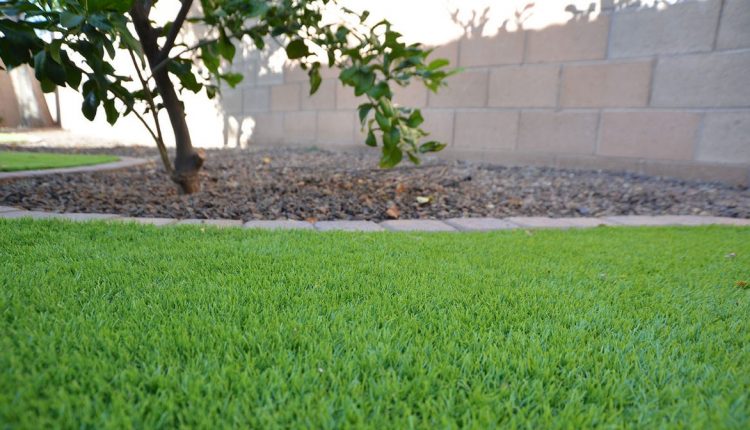 Arizona homeowners associations could no longer impose outright bans only on artificial grass under a bill signed by Gov. Doug Ducey on Wednesday.

Proponents hope removing hurdles for homeowners who want to install artificial turf will prevent overreach by HOAs, though some say amendments made to the proposal actually allot too much power to community associations to add restrictions on turf.

Those changes caused some early backers of the initial version of the bill to move to the opposition of it.

Kavanagh told a legislative committee in February that he introduced the proposal after he was approached by someone outside his district who was “hassled about putting artificial grass in a community which allows real grass.”

Kavanagh also cited water conservation as a driver for the legislation.

According to the Arizona Department of Water Resources, landscaping is the largest use of potable water in Arizona, and as much as 70% of residential water use is outdoors.

The original language barred in the bill HOAs from prohibiting artificial grass and allowed for associations to adopt rules governing the installation and appearance as long as they did not prevent installation entirely.

The only exception to the law was if the artificial turf posed a threat to health or safety.

The Arizona chapter of the Community Associations Institute, a trade association for HOAs, opposed the initial version of the bill.

Michael Shupe and Quinten Cupps, co-chairs of the institute’s legislative action committee, said in an email that the institute believes the decision should be left up to the communities and argued the original language did not allow HOAs adequate oversight of artificial turf.

What the new law will allow

Under the new law, which will take effect 90 days after the end of the legislative session, HOAs can regulate the location and percentage of grass coverage on a property to the same extent as natural grass. The amendment allows for bans if the HOA also prohibits the installation of natural grass and it allows for the removal or replacement of turf if it is not maintained to an association’s standards.

Robert Green, president of the Judson community Homeowners Association in Paradise Valley, spoke in the House Government and Elections Committee in favor of the amended bill.

“There are some rational reasons why a community would want to have some limited restrictions on artificial turf,” Green said.

The Gaggle: GOP base angry after the Legislature changes election rule

Green noted problems associated with fake grass, namely how artificial grass can contribute to urban heating in the summer and possible health issues and create excess waste in landfills when turf is replaced.

There is an additional clause which maintains an HOA’s ability to enforce “both the express and reasonably implied intent” of any rules governing design standards to protect the natural environment of a community.

This means HOAs can create rules on design and property standards as long as they are within the realm of interpretation.

Dennis Legere, principal advocate for the Arizona Homeowners Coalition, an organization that lobbies for property owners living under HOAs, said the clause allows too much flexibility in rule-making for HOAs, even beyond artificial turf.

Legere and the Arizona Homeowner’s Coalition supported the bill initially but once the changes were added they opposed it.

“What I’m concerned about is what might happen to general interpretation with designs across the state,” Legere said.

Though he still has his concerns, Legere believes the intent of the bill is a step in the right direction.

“Fundamentally, it’s good,” Legere said. “But from my perspective, with all the issues associated with HOA, this is very small on the scale of abuse that needs to be fixed by statute.”