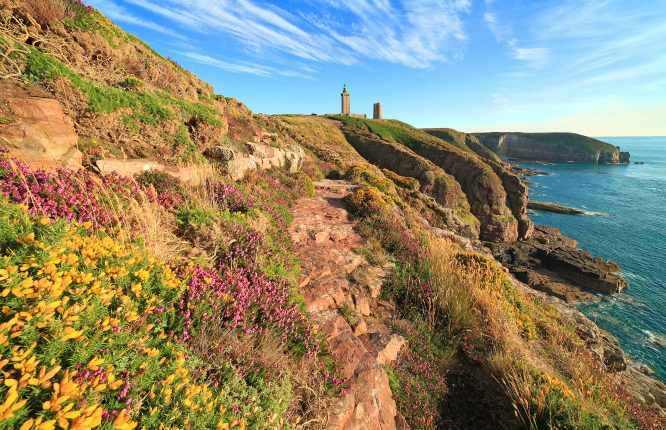 The project by coastal preservation authority le Conservatoire du littoral is set to restore and manage the site, to enable it to comfortably welcome visitors without putting them or the landscape in danger. It attracts more than a million visitors per year.

On July 28, the jury of the eighth edition of the Grand Prix National du Paysage confirmed the grant, and celebrated “the long-term collaboration between [landscape gardener] Alain Freytet and the Conservatoire du Littoral”.

It congratulated the team for “its discreet and unobtrusive work, [which] has made it possible to gently reveal a site that was previously damaged, and to rediscover a magnificent landscape”.

Already, the visitor car park has been moved further away from the site, while a viewing point has replaced the restaurant, in a bid to enable the natural splendor of the lighthouse to shine.

The prize is issued every two years by the Ecology Ministry, in partnership with local councils. It is intended to “promote the relevance of the landscaping approach in the process of territorial transformation”.

The jury is made up of relevant professionals, elected officials, landscape experts, government officials, and journalists. The jury interviewed the project owners and project managers of the five projects pre-selected for this edition in order to help select the winner.

The site, along with its neighbor le Cap d’Erquy, was also awarded the Grand Site de France accolade in 2019.

The project will now go through to represent France at the European Council Grand Prix in 2023.