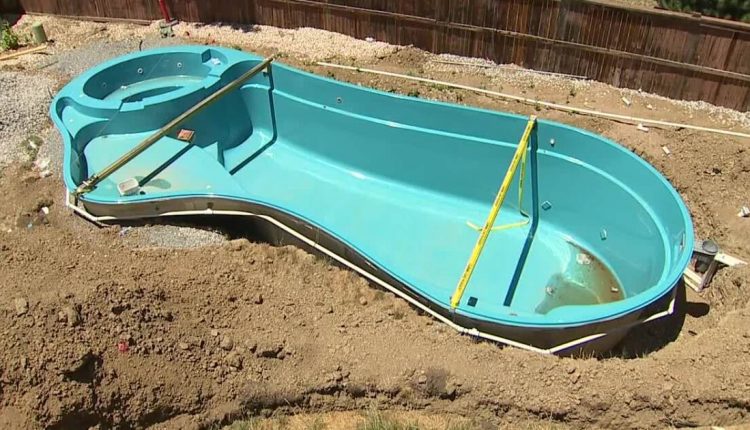 More than eight customers who hired the Boulder-based company to install a pool have reached out to Contact Denver7 within the last two weeks, claiming that the company did not finish the job despite receiving thousands of dollars.

LeeAnna Bell said she paid MountainSky more than $130,000 to install a pool that was supposed to be finished by now.

“We didn’t think anything of it until we got a text message saying that they were filing for bankruptcy and they couldn’t complete our project,” Bell said.

Several other customers received the same text message recently, which states, in part, “MountainSky is filing for bankruptcy and by court is not able to finish your job … the company was hit with embezzlement from an employee of somewhere from 200-500k which is forcing us to do this restructuring.”

Walt Nichols, a resident in Castle Rock who also hired MountainSky to install a pool, says he has to pay a couple hundred thousand dollars to get it fixed because of major issues.

“Our pool is broken in half. It’s not functioning, the waterfalls do not work,” Nichols said.

The company was formed by Peter Churchill in 2016, but has apparently been operated by his two teenage sons, Luca and Shiloh Churchill, recently.

The video posted to the company’s social media showed Shiloh Churchill on Nichols’ property saying, “We are on day two here on this $250,000 project in 18 days. Everything is going to happen very quickly.” The video has since been removed.

Nichols told Contact Denver7 those claims were far from the case.

“It’s been far more than 18 days,” he said. “It’s been over six months — seven, eight months now — and no, the project is not complete. We’re going to have to pay, essentially, almost two-thirds of what we paid again just to get their work done correctly and fix their problems.”

Contact Denver7 also spoke with a former MountainSky Landscaping employee and two former contractors. They say they moved on from the work based on their experiences with the company.

MountainSky Landscaping is involved in at least two lawsuits, according to court records obtained by Contact Denver7. One of them was filed last Wednesday by Christopher Frank, a Denver customer who contracted the company to install a pool at his property. He is accusing the company of civil theft, fraud and breach of contract.

Another lawsuit was filed against the company in 2020 by SCP Distributors, LLC and Superior Pool Products, LLC. They are seeking more than $200,000, accusing MountainSky Landscaping of breach of contract, fraud by check and unjust enrichment.

Editor’s note: Denver7 seeks out audience tips and feedback to help people in need, resolve problems and hold the powerful accountable. If you know of a community need our call center could address, or have a story idea for our investigative team to pursue, please email us at contact7@thedenverchannel.com or call (720) 462-7777. Find more Contact Denver7 stories here.

Back to Basics: Landscaping Hazards and Safety