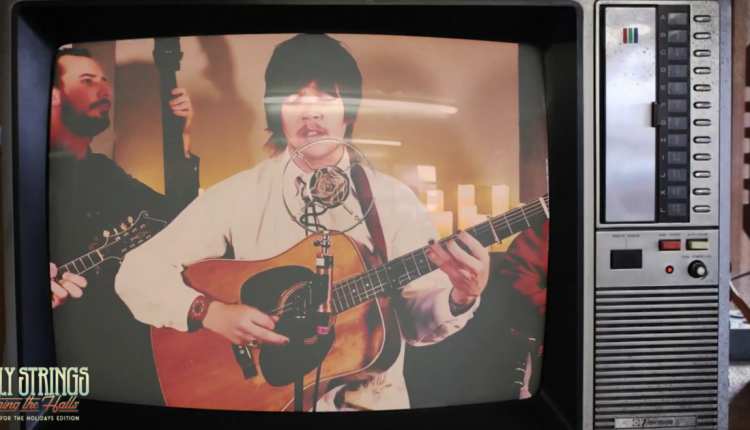 Tuesday saw Billy Strings release the second part of the video series String The Halls: Home For The Holidays Edition with a cover of “Stone Walls and Steel Bars”. This cover of The Stanley Brothers joins yesterday’s rendition of Think What You Did.

Strings and Company continue to collect money for Musically fed, Nashville rescue mission, and Second harvest Food Bank of Middle Tennesseethe format of the 12-day series has taken a certain shape. With strings – born William Apostal– Along with its backing band, the ensemble adopts bluegrass standards in a traditional format packaged in a vintage television set. Today 120 more posters were published by Half Hazard Pressand fans can use the “STANBROS” access code to get one.

With another selection by Stanley Brothers released in October 1963, Strings shows that this will be a traditional series of videos. While this is only the second of 12 releases, so far it seems like these videos shed some light on improvisation and focused more on the basics of bluegrass. Strings, however, nodded to the legion of followers whom he seduced with his jamming skills when his button-down shirt dons a Thankfully dead Stealie in the lower left corner. In contrast to the release on Monday, this video shows a color that, unlike yesterday’s black and white clip, may signal a push towards the modern millennia.

Watch Billy Strings and Company perform Stone Walls and Steel Bars by The Stanley Brothers on day two of the String The Halls: Home For The Holidays Edition video series.