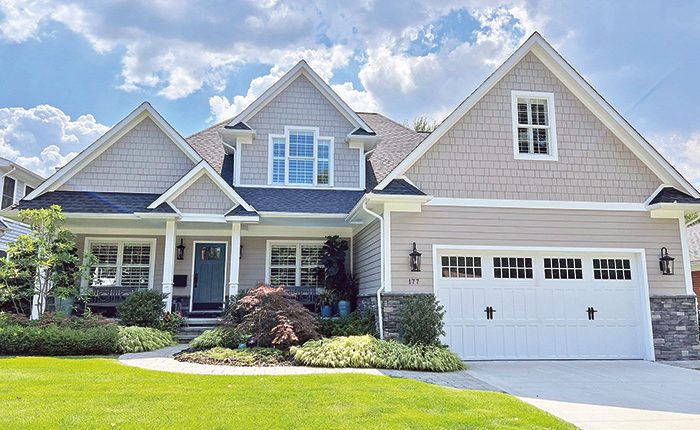 GROSSE POINTE FARMS — Brian and Christine McNanney at 27 Whitcomb paid the price for their beautification award.

“This year we learned that there is poison ivy in Grosse Pointe,” the former said during the 34th annual Grosse Pointe Farms Beautification Awards last Tuesday.

Their home — built in 1957, completely redone in the last two years and noted for its mix of new and mature landscaping — was among 12 homes and one church honored this year for particularly pleasing landscape designs.

Courtesy photos
177 Ridgemont, owned by Elena and Scott Russell, was selected for its pairing of Japanese maple with yellow grasses, as well as the manicured landscape and white garage door complementing the entire property.

Misfortune, in quite a roundabout and large-scale way, also led to Lisa Manz-Dulac’s award for 21 Warner, which was built in 1963, and received accolades for its welcoming entrance with pops of color.

“I moved in in 1995, and then Feb. 1, of 2019, was the polar vortex and lo and behold at 3 pm on Friday, Feb. 1, a pipe burst on my second floor,” she said, “and literally it was like Niagra Falls pouring out the windows and it froze like a sheet of ice on the driveway.”

Water damage required half the house to be redone, inspiring Manz-Dulac’s desire to make the outside of the home match the level of the inside.

Ultimately, she achieved more balance than intended when a maple tree fell onto the back of the house last summer, leading to its reconstruction as well.

This year’s other winning homeowners are: 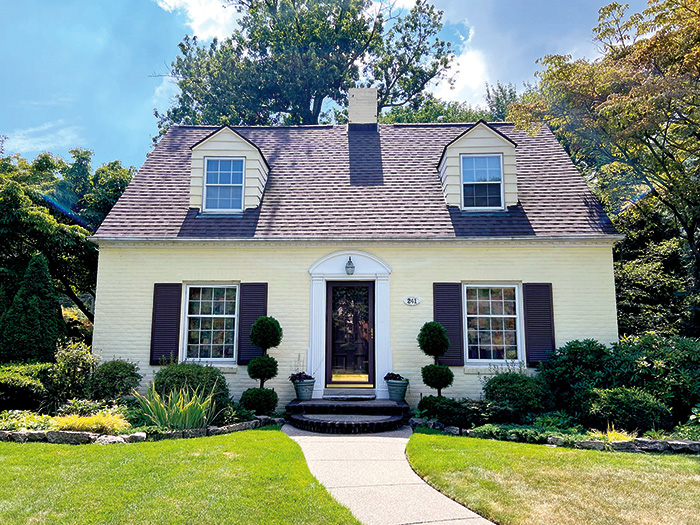 241 Hillcrest, owned by Audrey Bardy, won for the variety of plantings with perennial flowers constantly in bloom.

* Drs. Ricardo and Kimberly Borrego at 109 Kenwood for their imaginative, classic, noble, peaceful, vast and lucious landscape. The Tudor-style home, built in 1929, has a bronze plaque award from the Grosse Pointe Historical Society and stands tall despite a 1995 catastrophic fire.

* Michael Fournier and Michael Flores at 302 Touraine for the colors and placement of their landscaping. The house, built in 1935, also was a 2016 beautification award winner.

* John Kalmar and Rose Pawloski at 288 Merriweather for their meticulous maintenance and because the plant variety, colors and condition of grass are in balance with and complement the house built in 1938.

* Audrey Bardy at 241 Hillcrest for her variety of plantings with perennial flowers constantly in bloom. The home was built in 1939.

* Carla Palffy at 211 Lakeview for her clean look and great variety. The Cape Cod-style house was built in 1940. 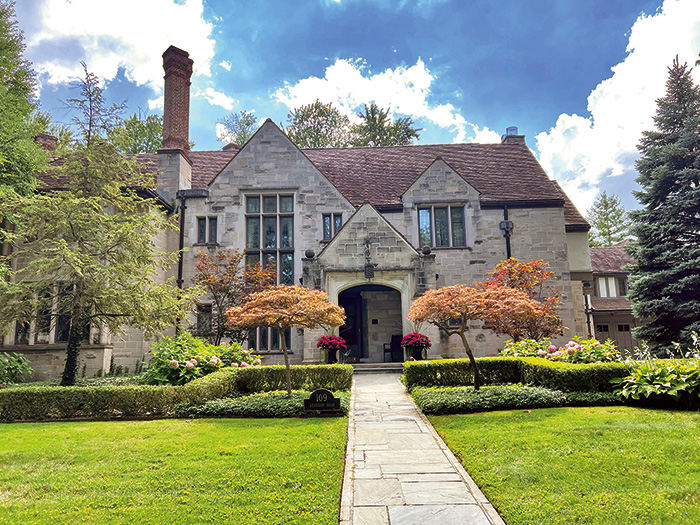 * Katherine Kotsis at 265 Touraine for her variation of shades of green, pairing well with the Japanese maple in front of the home that was built in 1950.

* Antoinette and Matt Swikowski at 85 Stephens for their elegantly sculpted landscape bed of boxwoods, hydrangeas, hostas and complementary twin ornamental trees. The recently updated home was built in 1955.

* Deborah and Colt Weatherspoon at 39 Edgemere for their less manicured and more natural looking garden, which the couple’s eldest child dubbed “the hodge-podge garden.” The home was built in 1955.

* Bill and Kris Scarfone at 386 Provencal for their well-maintained and charming property. The home, built in 1960, sits across from the Country Club of Detroit.

* Elena and Scott Russell at 177 Ridgemont for their pairing of Japanese maple with yellow grasses, as well as a manicured landscape and white garage door complementing the entire property. The Craftsman-style home was built in 2018.

21 Warner, owned by Lisa Manz-Dulac, won for its welcoming entrance with pops of color.

For its well-maintained and newly colorful landscaping, St. Paul on the Lake Catholic Church, 157 Lakeshore, was honored with a beautification award as well.

Adding a pop of color to the abundance of greenery was the brainchild of Father Jim Bilot.

“When people feel the outside of your home, or perhaps a church, is beautiful and it looks inviting, then people are going to want to come inside,” he said of his inspiration.

Built in 1895, St. Paul also has a bronze plaque award from the GPHS. 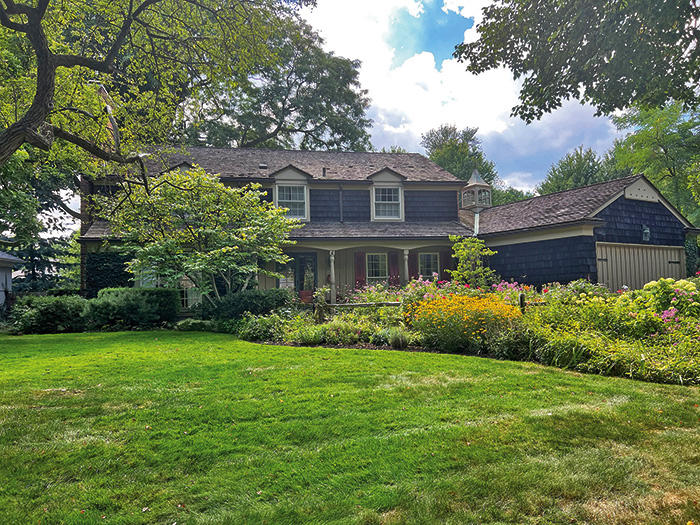 39 Edgemere, owned by Deborah and Colt Weatherspoon, was praised for its unique, natural looking garden compared to the other more manicured winners.

Taking landscaping beyond the plants