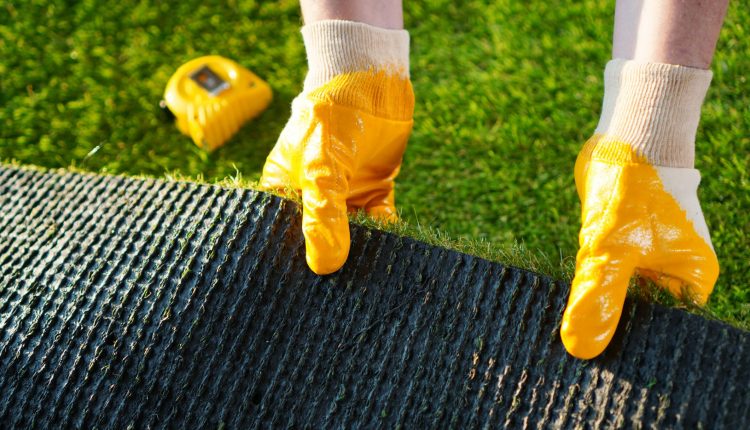 Artificial Turf Versus Real Grass: Which Is Greener?

Could TreeHuggers soon find themselves hugging a fake tree or idly philosophizing in meadows of artificial grass? More than 225 million square feet of Astroturf have been manufactured since the plastic carpeting made its debut in — and got its name from — the Houston Astrodome. And the field is getting crowded with competitors. Claims are increasing that fake lawns are eco-friendly. Is it possible? Is it true?


Mother Nature takes carbon, hydrogen, nitrogen and oxygen as well as a few micro-nutrients, and makes strands of natural, green grass. How naturally? Well, none of the types of grasses typically grown on North American lawns evolved there. Even Kentucky Bluegrass is an import, according to the book Turf Wars.

Scientists took carbon, hydrogen, nitrogen and oxygen and made nylon. The other typical raw material for artificial turf is polyethylene, which is made up of only carbon and hydrogen. Fake grass does not suffer from chlorine content like PVC, so score one for science.


Sun, rain and dirt…that’s all mother nature needs. Or is it? Most lawns are overwatered, fertilized and strewn with pesticides. Fertilizers imbalance other living system when they run off, and pesticides… well, they are designed to kill.

But all is not well at the fake green side. Artificial grass does not have the natural mechanisms for cleaning and renewing itself that the natural variety has. So the question of hygiene arises, especially where children or sweaty athletes are involved. Many synthetic grasses have antimicrobial components. For example, Astroturf boasts the exclusive use of AlphaSan® antimicrobial protection by Milliken. AlphaSan® is silver sodium hydrogen zirconium phosphate, but any silver-based antimicrobial will raise similar issues.

According to reports submitted by the Milliken, the antimicrobial effectiveness of AlphaSan® is based on the release of silver ions. Such antimicrobial agents are so safe for humans that they are approved even for food contact applications. Testing even shows it is safe for birds and mammals. But silver ions are very toxic in the aquatic environment, with potential to bioaccumulate.

Manufacturers will certainly protest that the rate of release of silver ions is very low and the antimicrobial chemical is bound tightly into the plastic polymer. But with silver ions showing up in carpeting, appliances, cleaning products and even your socks, the impact of growing amounts of silver in the end-of-life product cycles certainly raises concerns about silver biocides.

Plus the waste from the chemical manufacturing processes for artificial grass must be taken into account. Score that game “rained out.” It will take a significantly more thorough life cycle analysis than the scope of this article to judge the winner of that argument.

Grass Decomposes; Artificial Turf, Not So Much


At the end of its life, grass decomposes and returns to the natural cycles. Fake grass mostly ends up in the landfill. It rests there fairly harmlessly, eternally, which seems not all that ideal. Does that give Mother Nature the advantage? Hold on, not so nearly. Lawns only go to compost via the lawnmower, usually at the cost of disproportionate emissions. Maybe it is possible that plastic grass has less negative impact on the environment.

But what about the other living creatures? If they could speak, they would certainly vote against the plastic alternative. And maybe we are asking the wrong questions. Who needs grass? Why not a wildflower garden, cactus-rock garden, or other scenery that harmonizes with the natural environment? With a small patch of organic grass kept in check by scythe. Now where did I put my gardening clogs?

The view from Wensleydale: old paths, dry-stone walls and Norman subjugation | Will Hutton