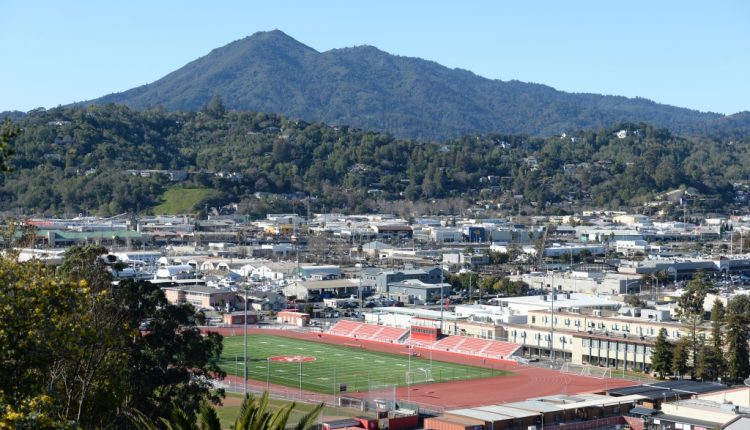 We all appreciate the desire to have playing fields available throughout the winter and recognize the reality of ongoing drought and water restrictions. However, the negative environmental and human health impacts of synthetic turf far outweigh any benefits.

Marin County has no fewer than eight athletic fields currently under consideration for conversion to plastic. This is a terrible shift in the wrong direction, especially when there are better solutions.

There are many reasons why plastic turf athletic fields should be banned.

Artificial turf contains cancer-causing per and poly fluoride chemicals, known as PFAs. They are “forever chemicals” that don’t break down in the environment, in wildlife, the human body or by any industrial means of disposal.

Even if natural infill is used, the plastic blades and backing all contain PFAS. The Environmental Protection Agency is about to designate these chemicals as hazardous under superfund law.

The average artificial turf field is 80,000 square feet. Replacing existing natural grass with plastic creates a heat-dome effect for the surrounding trees and wildlife, and an ecological dead-zone beneath the plastic.

The surface temperature of artificial turf is between 40 and 70 degrees hotter than grass on hot days. A 100-degree day could yield 170-degree surface temps, reflecting heat back into the atmosphere, adding to global warming and increasing potential heat stroke for athletes.

At University Hospitals Sports Medicine Institute in Ohio, a study of 26 high schools found that student athletes were 58% more likely to sustain an injury during athletic activity on artificial turf.

Injury rates were significantly higher for football, soccer and rugby athletes. Lower extremity, upper extremity, and torso injuries were also found to occur with a higher incidence on artificial turf.

Any claims of artificial turf recycling are dubious, as there are no turf recycling facilities in the US They are not likely to ever be built due to costs and complexity of that process. Being made of recycled plastic is not the same as being recyclable.

Unlike natural grass fields, plastic fields do not sequester carbon. Worse yet, plastic turf adds to a community’s carbon footprint by releasing methane and ethylene gasses as the plastic breaks down under sunlight, heat and friction.

There is an increased frequency of hot days greater than 90 degrees. With plastic turf, surface temperatures can reach more than 150 degrees in summer, leading to calls to cool the surface with water before games and tournaments. While water usage for artificial turf may be less than natural grass, it also still requires water to periodically clean it.

The plastic blades and backing break down over time in heat, ultraviolet light and agitation from use. This leads to microplastics being released into the air and waterways.

Microplastics are extremely hazardous to fish and the animals that consume or breathe them in. Scientists are finding microplastics in human lungs, blood and placentas.

Incineration spews microplastics and PFAs into the air. Landfill’s leak. Some landfills are now refusing to accept these huge piles of used up plastic grass. Unethical companies dump them in abandoned lots, wild areas and streams.

Better alternatives do exist. It’s possible to have a real grass field that can alleviate the issues now facing our old playing fields. New kinds of low water-use turfs, requiring less mowing and unattractive to geese, are being developed.

Add in a sand base or swales to keep fields from becoming waterlogged in winter and you have a safer field for playing on and one that will infiltrate rainwater and sequester carbon for a triple “win, win, win.”

Don’t be fooled by the plastic industry’s claims as they push their toxic product on cities, schools and towns. For more detailed information, please visit: SafeHealthyPlayingFields.org.

Judy Schriebman, of San Rafael, is chair for the Marin Group of the Sierra Club.