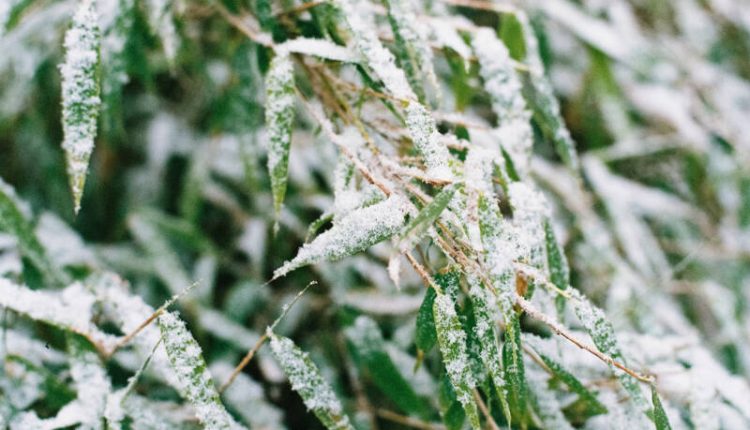 A GROWING CONCERN: How to address damaged landscaping after snowy weather

Well now, howling winds, heavy, wet snow, cold temperatures and a red wave that did not come in, so our shellfish are safe to harvest.

But seriously, what, if anything, does one do when the weather has damaged their landscaping plants? Plenty, actually. So let us take this time to talk about weather damage to your plants and what to do or not to do about that damage.

First and foremost, you need to realize that mother nature is the worst pruner on the planet. Worse than the deer, worse than those horrendous whirling blades on the end of a roadside excavator, even worse then the pruning on trees you see in parking lots.

I’ve always wished I could get mother nature to take one of my pruning classes because she really needs it. What makes her such a disgusting pruner is the manner in which wind and snow take down your plants. In both cases, it is a violent shredding, cracking and splattering process with no regard to the plant’s well-being. In fact, in many cases, the damage caused can eventually kill the injured plant.

The first thing to do is to cut away and remove all debris which is down or splintered. This is laborious but is the easiest part of the job. Now that the debris and cracked, hanging limbs are removed, the process of finding the “real” damage begins. Because this damage was violent in nature, it tends to extend farther down the plant than first meets the eye. Let me say this again: There is most likely more damage then you first see.

As the limbs and branches crack under pressure from the wind or weight of the snow, they are cracked and splintered farther than the break-off point on the plant itself. So even if you cut off that jagged break, those cracks extend farther down stem or branch then it may appear.

It is absolutely critical that you very carefully examine the plant parts below that break in order to make sure you do a final cut below any visible cracks or damage. Like gangrene, if not cut away, this internal dam will slowly continue to move down through the plant or branch and, given enough time, can kill the entire plant or at least the remaining stem or branch.

The next critical step is to always cut just above a node. A node is the part of a plant where leaves or stems emerge, often forming a slight swelling, knob or some kind of visual mark. If you do not cut close and just above a node, then it is the same as a jagged, Mother Nature cut, and once again plant gangrene can set in.

It is also vital on larger branches to first make a deep “undercut” above that node and then from the top cut down and join the undercut. If one just cuts from the top down, almost always the plant part will strip a tail of bark inches or even feet long in length. This has the same damaging effect as the violent weather-created break. So look for stripped-away bark as well when making your final weather-repair pruning, and cut below all cracks and stripped bark.

As to snow on your plants, as it snows, if it is not freezing on the plant, go out and gently brush off the snow as it accumulates but never if iced on. Also, if it is very cold out, in the mid-teens or less (really almost never here), do not brush off snow because the frozen stems would be very brittle. If a lot of snow covers the plant, work from the bottom up so as not to add all that top-weighted snow to accumulate on the lower branches and break them off. Many times this is a two-person job.

Finally, if snow weight has bent the branches down and they remain bent after the snow is gone, stake them up for two or three months, because rarely will they return to their original shape.

Go outside this weekend, find that unseen damage, prune it up correctly and remove the debris. And without question, stay warm and stay well.

Bland Landscaping grows with addition of The Byrd’s Group